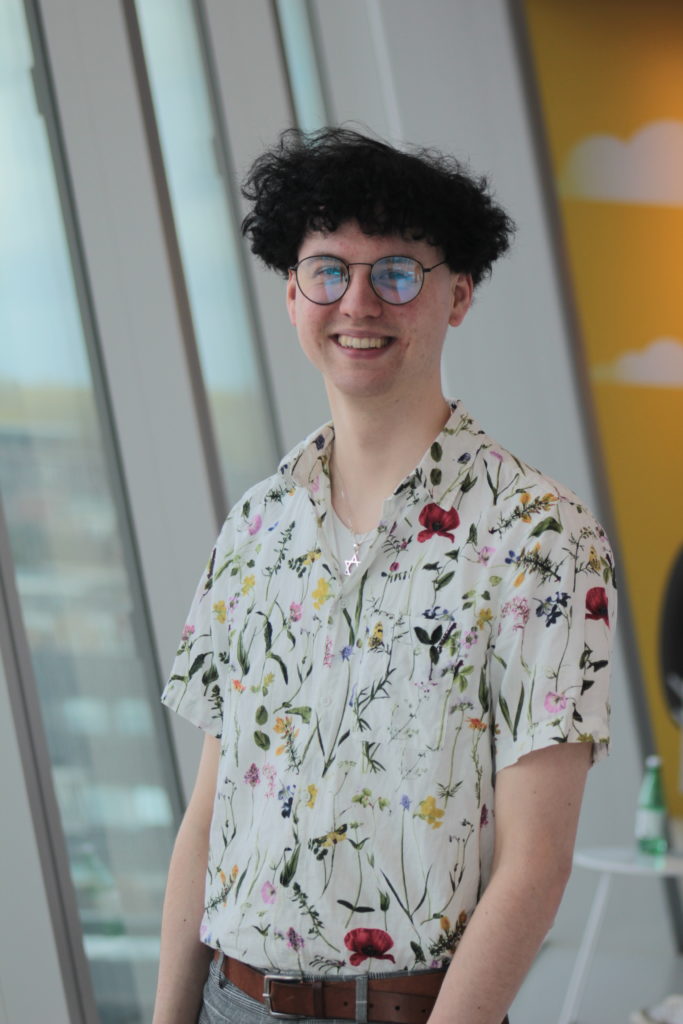 My name is Wally and I am Dutch, originally from the Winschoten area in the North of the Netherlands, where the second-largest Jewish community was once found up until the Second World War. It is a very rural area and I often return back to my parents for a weekend: small villages can be very nice and cosy, but there is a lot of local drama and gossip.

Currently, I study Medicine and Philosophy at the University of Groningen and I aspire to become a pediatric oncologist in the future. Since starting my medical studies, I have been involved in research projects at the University Medical Center Groningen and cancer biology really interests me. I have never been as sick as a child with cancer and I feel like I should contribute meaningfully from my position to those who are unlucky to get it.

The reason why I started studying in Groningen is that this city is close to my hometown. It was financially difficult to move to another city and I lived with my parents during my first year. At the end of my first year, I was finally able to move to Groningen.

It has been a big improvement in my social life. Before that, I rarely to never took part in social events, because I would have to travel back home late and study as well. Now I am able to go to social events whenever I want, which has led to me developing new interests, hobbies and friendships.

My family is not actively religious and because the synagogue in Winschoten is a museum, I feel like I have missed out on a lot of Jewish ritualisms and community feeling. Moving to Groningen succeeded through Jewish youth organizations and meeting more Jewish people from all over the world. Because of my studies, it is difficult to keep the sabbath, but I hope to do this in the future when my work-life balance is a lot more stable.

The most important thing that Judaism teaches me is to be grateful for what I have. Religion has played an important role, particularly in my youth and has helped me through tough times. Teachings help me to remain focused on my goals and to be grateful for every moment of privilege or good standing that I have and never keep grudges against someone or something.

My biggest accomplishment thus far is being able to study Medicine: I was not particularly good at high school in biology and wanted to become a mathematician. After my mother became chronically ill, I developed an interest in human medicine. I tried out the selection and… I passed!

I decided to start studying medicine and if I would not like it, after all, I would study mathematics.

It is safe to say that I do not know much about mathematics anymore, haha.

I have only recently learned about Chabad On Campus and would really like to get involved more. Considering I grew up in a non-Jewish environment, I have been feeling some sort of imposter syndrome and often neglect to attend events hosted for Jewish youth in Groningen. I hope Chabad On Campus is able to change that through the events they are hosting!