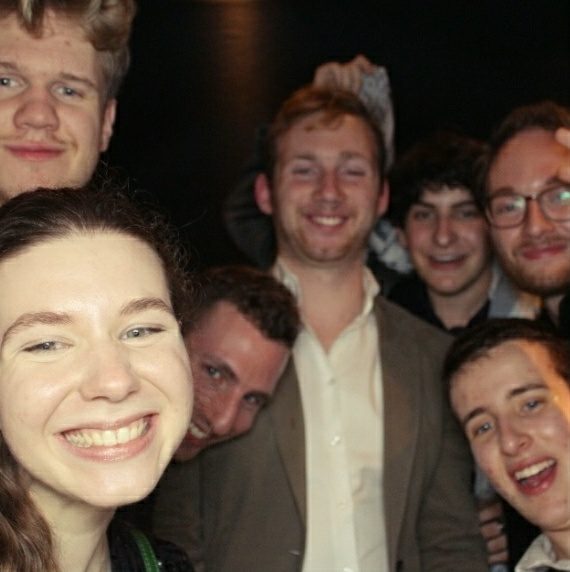 In my previous blog, I wrote about the importance of a community and its essence. I also described how a virtual community can connect us despite any distance. This time I want to write my blog about the Jewish game called: ”Jewish Geography”.

Since Jews were historically expelled from their homeland, each community has formed its own socio-cultural customs, circles and traditions, which makes this game interesting.

We all have undoubtedly played ´´Jewish Geography´´ at an event. The title of this game refers to the Jewish kinship ties and social structures that bind one to the other.

“Wow, what a small Jewish world.”

“Let’s see our mutual friends on Social Media to see whom we have even more in common.”

Within Jewish life, “Jewish geography” is a popular game played between Jews when they first meet to identify connections between them. This game can be compared to a GPS that navigates us among the people we know and helps localise us.

The term “Jewish geography” not only acts as the name of the game but also describes the unique closeness of the global Jewish population. Therefore, displaced geography of Jews makes the game possible and allows Jews from different cities, regions and countries to easily discover people they know in common.

The question is, will this game bring us closer together or the opposite if our Jewish connections do not match?

In the Jewish community, everyone knows each other, at least, it often feels that way. The uniqueness of the Jewish community helps scattered Jewish people find home/family/friends through pre-existing connections and social structures. If, on the other hand, you do not know anyone from the community (yet), because you come from a place where Jewish life is minimal, things are a bit more difficult.

A requirement of this game is usually that someone lives in a place where there are several Jews that they know (in)directly. Yet the largest Jewish communities in the Netherlands are located in Amsterdam. Therefore, I think the nature of this game is exclusive, because what if you are Jewish, live outside of Amsterdam and your Jewish contacts are zero? Does this mean you are an “outsider”?

The need to belong is a basic human want. Precisely because Judaism is community-oriented.

I have met countless Jews at events, as Jewish as I am, who feel “excluded” from the community because they did not know anyone.

So even if a game like ´´Jewish Geography´´ has good intentions it can increase division while Chabad On Campus is there to unite the community. As pluralism in society continues to grow, we must shift this discrepancy and work to include Jews of all backgrounds and all cities within the community. A first step might be to ask “what are you interested in?” instead of “who do you know?”.

If we are truly striving to become an inclusive community, we need to make sure that everyone feels involved, regardless of their background and/or who they know.

Chabad On Campus is there to unite the community and the central point of approach for everyone, regardless of their circle or place of birth. That is why Chabad On Campus focuses on inclusivity instead of exclusivity when playing ´´Jewish Geography´´.