Max in the spotlight #29: Chabad on Campus, Internships Abroad and Veganism 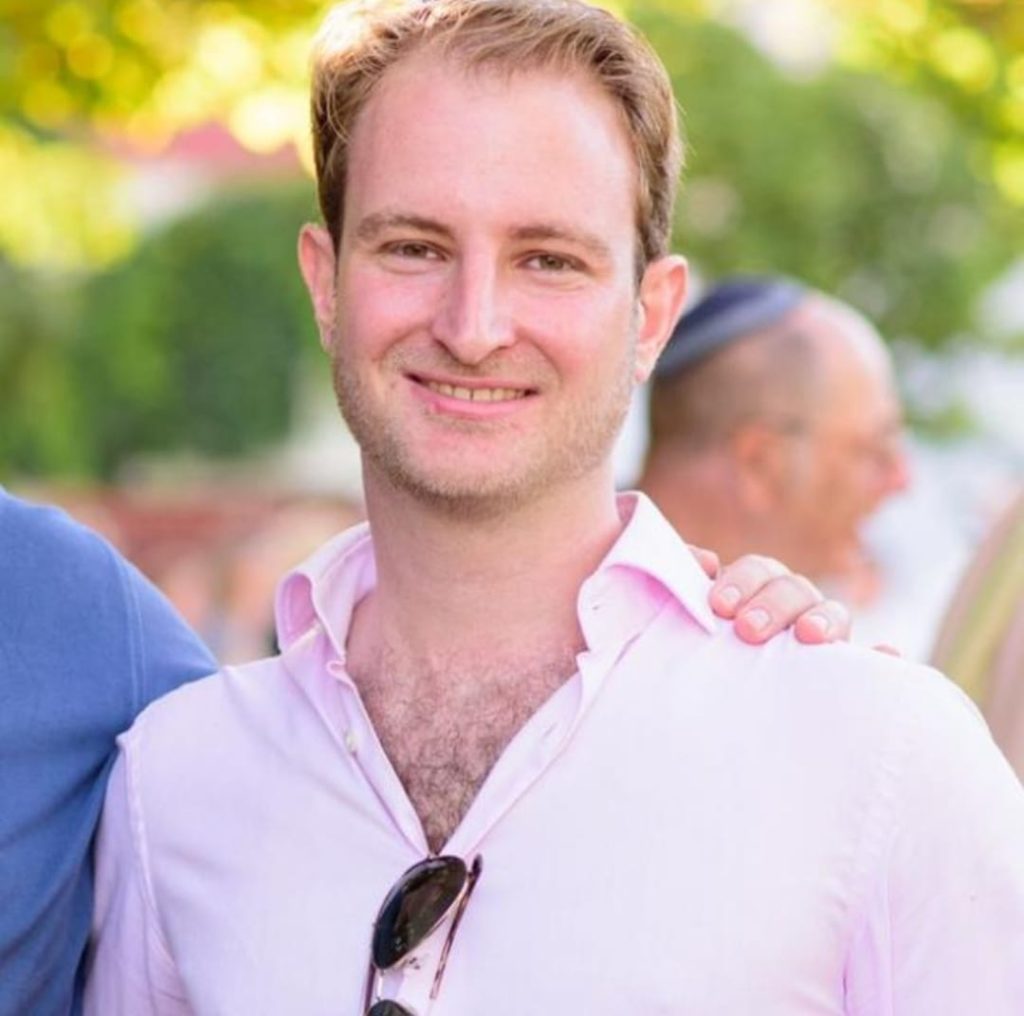 Max Groenteman (28) is originally from the Rotterdam area, but has been living in Amsterdam for ten years and has been a regular visitor to Chabad on Campus for almost as long. Max studied International Sports Management and Business at the Hogeschool van Amsterdam, for which he did several internships abroad (South Africa, Bali and Israel). Currently, he works as team lead of the customer onboarding team for Benelux at Virtuagym.

You have been part of Yanki’s Chabad on Campus community for almost a decade, but what role did the Jewish community play for you before you moved to Amsterdam?

But like most Jewish boys, after my bar mitzvah I visited the community much less. However, as a family we still went to the big holidays like Yom Kippur and Rosh Hashanah. My family is mainly culturally-minded and so we mainly celebrated the holidays at home.

When you started studying in Amsterdam, you chose to engage with Judaism again, how did you come to that decision?

After my first year of study in Amsterdam, during which I paid very little attention to Judaism, I noticed that I started to miss it. Especially during the holidays, I gradually became more involved again and went to all kinds of organisations, such as IJAR and the shul in Amstelveen.

Somehow I came into contact with a Jewish student from The Hague and he took me to Yanki for the first time. I think that was also one of the first times that Yanki organised something. The way Yanki organised (and still organises) his events was one of the reasons for me to visit frequently and these events have been a big part of my Jewish life in Amsterdam.

I always really like the ‘degree of religiosity’ at Yanki’s, for example: it’s a bit formal, but it’s not like there are high expectations of you. Apart from that, it was the bit of Jewish life I missed, like the social contacts and the Shabbats on Friday evenings. But also, of course, the chance of finding a Jewish partner. And I also met one of my current best friends at Yanki!

It’s also very nice that Chabad on Campus is now aimed not just aimed at students, but also at Young Professionals. This has allowed me to reconnect with the visitors and I still find it very enjoyable to drop by regularly.

You have done many internships abroad, which experiences will you never forget?

Something I will really never forget was when Yanki organised a special South African-themed shabbat before my internship in South Africa. This was really fun and took place before Rochel, Yanki’s first daughter, was born. I remember that someone told me that she would be able to walk when I got back from my internship.

Then I also did an internship in Israel, among others with a programme of Masa called ‘Tikkun Olam’. Through them I ended up at Mifalot. Among other things, I worked on a project where an Israeli (from Holon) and a Palestinian (from Hebron) football team trained separately, but met once in a while to play football against each other.

Moreover, I worked on another programme related to football: Homeless World Cup. In many countries around the world they have a homeless football team and coincidentally my internship company did as well. That year, the football world cup for homeless people was in Amsterdam and I was involved with the Israeli team as a team manager and fundraiser.

You also became a vegan, how did you come to that decision and is it easy to combine with the holidays, for example?

It actually started during my internship in Israel. I had a friend there who had survived cancer and he wasn’t necessarily vegan, but he didn’t eat anything with a nervous system. Later, I dated a girl who only ate vegan. Through them, the seed was actually planted for my decision to stop eating animal products.

I remember a moment in a vegan restaurant in Tel Aviv where I got into a conversation with a man who baked (vegan) burgers. When he said that he had chosen that lifestyle because of the way the animal industry treats animals, I immediately thought to myself that I should do something about that as well. Until that moment, I had not been very involved in the matter and I always thought that vegans only ate grass.

“Until that moment, I had not been very involved in the matter and I always thought that vegans only ate grass.”

When I returned to the Netherlands, I started doing more research and eventually phased out the consumption of animal products. My family thought that it was quite extreme at first, but in the end they were very supportive and understanding. My grandmother always makes delicious vegan food for me when I visit. But because my mum eats lactose and gluten-free, my grandma always drives us crazy. If we ask her teasingly whether it’s gluten-free or vegan, she’ll jokingly reply, “If you ask me one more time, I’ll put meat in your food!

Esty is also super nice and if she knows I’m coming to Chabad on Campus she always makes vegan challe or sushi salad. Half of the starters are always vegan too, so there is always more than enough delicious food at Yanki and Esty’s house for vegans!

Want to learn more about the members of our Chabad on Campus community? Have a look at our other Spotlights!