Maxime in the Spotlight: Rediscovering her Jewishness and the role of Chabad on Campus #27 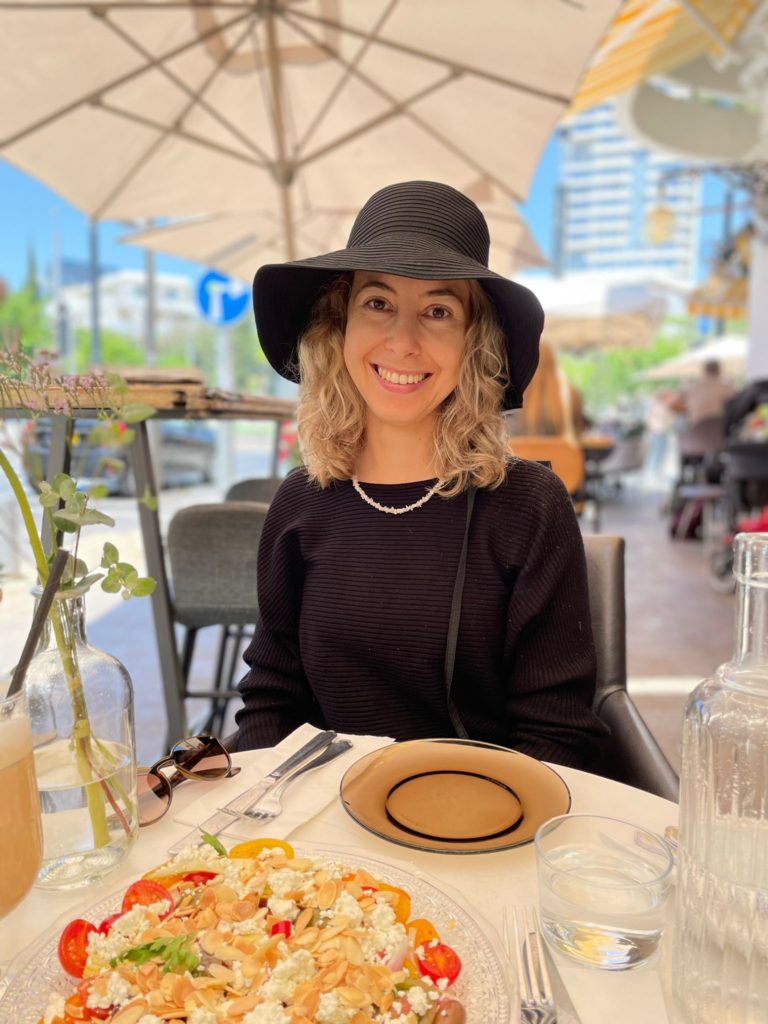 Maxime (30) grew up in Krommenie in the Zaanstreek, but completed her Bachelor’s degree in Biomedical Sciences at the UvA. She subsequently obtained a Master’s degree in Biomedical Sciences Research at Leiden University and obtained a PhD in the field of cardiometabolic health and the effect of genetics and lifestyle on this. After her PhD, she started working as a postdoctoral researcher at the Erasmus Medical Centre in Rotterdam and moved there. Because she worked a lot with advanced data analysis techniques (data science/bioinformatics), she consciously switched to the data engineering side of the business world.

How was your childhood and what role did Judaism play in it?

I had a wonderful childhood. I grew up in a very close family with a Jewish mother, a non-Jewish father and a younger sister. We visited our horses every day and we were always busy playing sports, going to see relatives or going out with the family.

As for my Jewish identity, I knew that I was Jewish, did not eat pork and had Jewish lessons at home for a while. But otherwise, Judaism didn’t play a big role in my early childhood. We did visit a celebration for Passover and Hanukkah twice a year in a hall in our neighbourhood. Remarkably enough, it was especially my father who thought it was important for us to go there and to stay connected to Judaism. As a child, I liked it very much because there was music and we received presents. But we were often the only young people at these celebrations, so, back then, I associated Judaism with older people.

At school, I was always the only Jewish child, and in primary and secondary school I often had to explain, for example, that ham is also pork. I didn’t feel very connected to Judaism and sometimes it made me feel like an outsider.

How did Judaism come to play a more prominent role in your life?

My father always said that when I turned eighteen he would take me to Israel. Unfortunately, he died just before my eighteenth birthday and we were never able to make that trip together. But fortunately, I came into contact with Taglit/Birthright and I travelled to Israel after all. For the first time, I met Jews my own age and I got a positive feeling about being Jewish.

A few years later, I went to Chabad on Campus for the first time, then still in the old house of Yanki and Esty. At first, I didn’t want to go, because I didn’t know enough about the customs and didn’t know what to expect. However, I was received with open arms and soon felt at ease. I felt that I was accepted as a Jew and because of this I began to immerse myself further in the Jewish culture and religion. I made Jewish friends and went to the shul for the first time on Yom Kippur.

How would you describe the role of Chabad on Campus in the development of your Jewish identity?

Want to know more about the members of the Chabad on Campus community? Then read our other Spotlights!