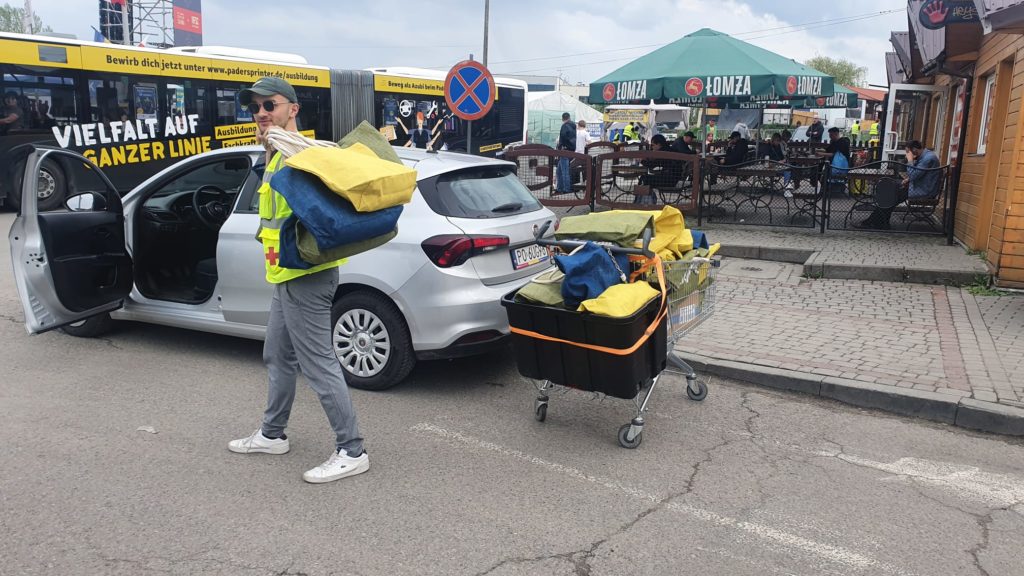 I was visiting my cousin in Brussels on the first weekend of the war. Zelensky (Ukraine’s president) had just remarked that he may have less than 48 hours to live. When we had a lovely dinner and were walking through the streets, our dilemma was whether or not we wanted to have a Belgian waffle for dessert. At that moment, the realization hit me that a short flight away, people were having bullets and rockets for breakfast, lunch, and dinner. I understood that what I called a dilemma – to have a Belgian waffle or not – was far from reasonable.

After a brief but intense flurry of e-mails, I and a friend embarked to volunteer for the first organization that requested our help.

We were en route to the Hungarian border town of Zahony where refugees were disembarking from trains. The memory of the first lady I helped will stick with me forever. As Vita was disembarking from her train, she was carrying a heavy suitcase. Her mind must have been racing a thousand miles and my presence might have only complicated her travels further. As I greeted her with a warm, yet hesitant “hello” she looked up at me and her eyes told a story of confusion, uncertainty, fear, but also perseverance and determination.

When I asked her if I could carry her luggage, she responded with a sigh of relief and a “yes please, it’s so heavy”. Although Vita may not have realized it then, my interaction with her was symbolic of every encounter I’ve had with the people of Ukraine in the two months following meeting Vita: not piteous people, but proud people who desired to stand on their own legs, only accepting help when it was offered to them (sometimes multiple times).

When I returned from Zahony, the stark contrast between the luxury at home and the catastrophe unfolding on Europe’s eastern flank hit me the most. I decided to return to the border, this time in Poland.

The Italian NGO I volunteered for, Hope Onlus, was providing refugees entering Poland with a mixture of food and sanitary products. After a week, I was asked to become project manager, overseeing the entire operation on the ground.

The situation had changed in late February. Russian attacks increasingly focused on the East, the assault on Kyiv and Kharkiv had failed for the time being and Ukrainian people either chose to remain displaced in their own country, rather than taking refuge in different countries or were already returning home.

On the Polish side, a plethora of organizations offered help to an increasingly dwindling number of refugees. At the same time, the situation on the Ukrainian side couldn’t have been more different. A minuscule number of organizations were racing against the tide to help an immense amount of people. The sense of urgency and lack of aid was palpable.

I chose to abandon the refugee response project for the time being and switch operations to fully deliver humanitarian aid into Ukraine. I had two warehouses full of products in Poland, but no means to bring them to where they were needed the most. To make matters worse, my boss told me I was to spend a net sum of $0 for transportation as the operation in Ukraine had already cost the organization an unsustainable amount of money. I felt defeated, as it seemed an impossible job.

That was until I met a group of volunteer drivers from all over the globe who were more than willing to help me transport humanitarian aid. From my experience, small organizations and volunteers, like the drivers I encountered, are bearing the brunt on the ground. One thing is certain: when the need is high, we humans can unite, settle our differences and work together selflessly.

Three weeks followed with sleepless nights, air alarms, 15 trips to Lviv, laughs, road trip tunes, frustration with Polish customs, but more importantly tens of thousands of kilos of humanitarian aid delivered to thousands in Lviv, Kyiv, Kharkiv, and Donbas. At the end of the month, we celebrated a job well done as my warehouses were completely empty.

Exhausted, I was looking forward to sleeping in my own bed again. I had played my minor role. A feeling of accomplishment was quickly replaced by a sense of powerlessness. On my last day, the city of Severodonetsk had been completely surrounded by Russian troops, which by now has fallen.

Early June, Lithuania’s less than 2.8 million inhabitants bundled together to crowdfund a $5.4M drone. Grassroots initiatives like this one can make a difference. Even in the darkest of times, we should not forget the change a single person/we can bring.

Do you have any experience in providing humanitarian aid? Share it on our forum! 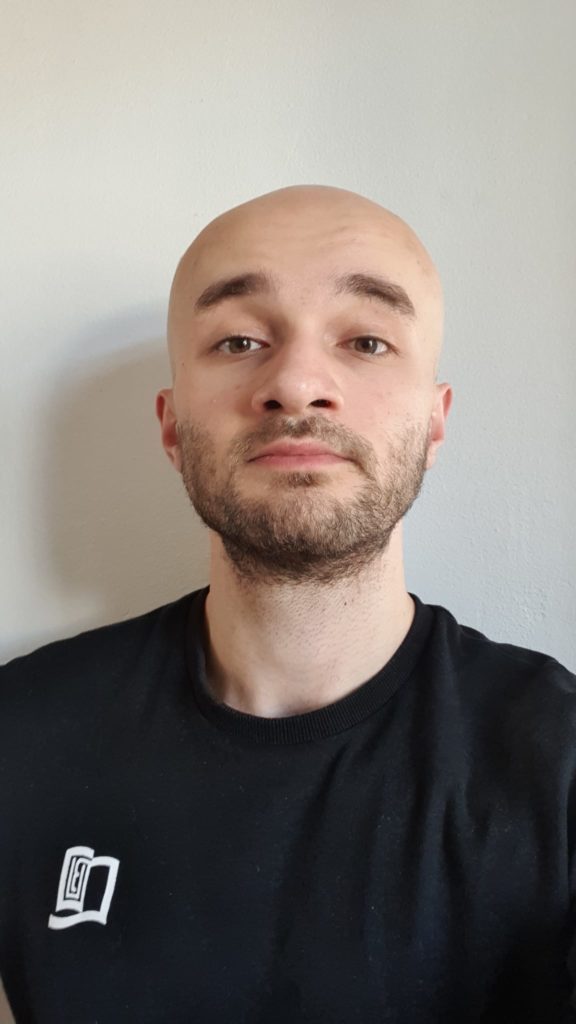 David Mendelssohn was born into a family of musicians. Due to his international upbringing, he is fluent in multiple languages and has lived and studied in The Hague, Leiden, Hong Kong, and soon will start his 2nd Master’s in London. He is interested in geopolitics, martial arts, yoga, and baking.