The life of a Dutchie in Israel 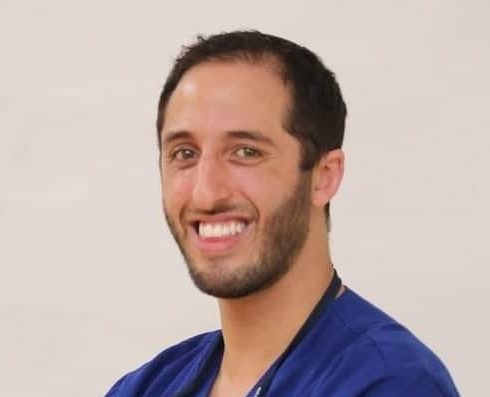 In these columns, I will present a different insight into the life of a Dutchie in Israel. A land full of surprises, where something happens every day!

I was born in Amsterdam, in the Buitenveldert neighborhood. After finishing high school at Maimonides, I moved to Israel to pursue further education. In 2015, I started dental education at the Hebrew University, and I completed it half a year ago. I’m currently doing research at Tel Aviv University.

One of the most beautiful things about studying was the diversity of the students.

I have studied with Jews of all backgrounds, Arab Muslims, Christians, and the Druze people. Our cultural or religious differences didn’t set us apart; instead brought us closer together, as we didn’t only study, we created friendships. In the Netherlands, you sometimes hear that students are afraid to walk around with a yarmulka. Or that different groups avoid each other. At my University, this could not be further from the truth.

Every Tuesday, we had a special themed afternoon. One week we would all be dancing the Dabka to Arabic music, and the following week we would feast on delicious Ethiopian food. Of course, extra attention was paid to Jewish holidays, but there were also LGBTQ+ themed days, with drag shows and all. All of this helped us get to know each other and learn from one another.

I have built up the most amazing relationships. When I married my wonderful wife, people from all over the world and all religions came to our wedding. The same songs we played during the Henna (special Moroccan/Algerian/Yemeni engagement party) my Arab fellow students often played during class.

During the last war, half a year ago, there was a lot of tension at school. But we experienced a lot of beautiful moments as well. I still remember sitting with a good friend, and we explained to each other how we felt, and we just listened to each other. She to my pain, and I to her pain. And we understood each other. Those kinds of moments give me hope, and through those moments, I know that peace is possible.

Why am I writing this? Not because I want to tokenize my friends. I do not think that the fact that I have Arab friends is something special. It is regular in Israel. And the fact that it is normal in Israel makes it special to me. Sometimes the idea prevails outside of Israel that Jews and Arabs hate each other and fight all day long.

But the reality is much more mundane.

We live here with each other.

We learn from each other.

Diversity is not notable here. It is just a boring reality.

Elad Zigler was born in Buitenveldert. After high school, he decided to go to Israel. He spent the first 2 years in a yeshiva, then 2 years in the army with the tanks, after which he completed his degree in dentistry. In 2016 he founded the Dutch branch of StandWithUs to unite his love for Israel and the Netherlands to counter anti-Semitism and to educate about Israel.